Making the most of life's journey alongside my three!!!

This has been an awfully busy week for me. I had to go to court on Monday for my divorce (a frivolous pretrial hearing, let’s just say I’m still married), and my final project for my eMarketing class was due today. I’m low on sleep, my house is a disaster, and my to-do list steadily grows…

Tomorrow we’re going to get our pictures taken by a professional photographer friend, and on Sunday our town has a Kids Festival, but starting Monday I have two more weeks before the start of my next two (last two) classes, and I am elated for the break. Sure, it’s only two weeks before I dive back into my last 8 credit hours of study, but two weeks is all I need. 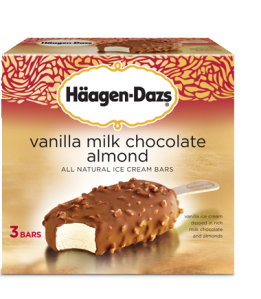 I’m going to clean like crazy, and I’ll try to not complain because I don’t have homework to complete on top of housework for awhile. I’m going to get back on my schedule,, start exercising, spend a few hours watching TV since I cannot afford to keep the cable on (our promo ends next week), and soak up as much sunshine as my body will allow.

I’m going to spend time cuddled up with each of my babies. I’m going to work on making my natural hair behave. I might take a bubble bath and play with makeup, just for kicks. Two weeks without classes?! I’m going to love this!

I have so many things that I need to accomplish, but for these next two weeks I’m going to try to focus on rejuvenating. I’m still going to get the necessary things done, but being frantic is going to take a backseat to me spending time with nature, laughing as much as I can,  and calling a few old friends.

Boy, am I going to enjoy this! Two whole weeks. TWO WHOLE WEEKS!!!

It had been so long since he had haunted my dreams. A week or so of semi-peaceful lack of sleep. But last night he returned with a ferocity, a vow to ruin me, and my well-crafted safety plan does nothing for me while I’m in an REM Cycle.

Sometimes I don’t realize it until waking. Sometimes, like the first of my four nightmares last night, he is back to being my typical husband. In my dream, I go through the motions of “staying in my place” (something he repeatedly instructed me to do throughout our eight year relationship). I ride the roller-coaster of our marriage through my dream and everything feels strangely familiar. I even feel the knot in the pit of my stomach and the frog in my throat; that constant conflicting feeling of wanting to avoid confrontation while simultaneously aching to defend myself.

In other nightmares, The Big Incident occurs in the same way that it did, or varied ways. The result is my pain, my fear, and my lack of control. He always wins.

If I were to believe Freud, then every one of my dreams is some form of wish-fulfillment. So in some sick subconscious way do I wish that my husband was still here, controlling my life, haunting me day and night? I suppose there was comfort in the familiarity of our relationship. There is something addictive about abuse.

But despite my loneliness, my constant state of uneasiness, my inability to control his presence in my dreams, I do not want to return to the daily terror of being his lady. How is it that after nearly seven months apart, a restraining order and other legal proceedings taking place, and with over 1000 miles between us, he still possesses me?

I want to feel free; if only in my dreams.

Every month, every hearing I lose one week’s worth of sleep. From the days preceding the hearing to the days following I am incapable of focusing on anything but the fate of my husband. I worry for him, I wonder what will happen, I wind through a range of emotions. Fear is ever-present; an abundance of anxiety and tension. I try to relax by accepting that there is nothing I can do. There is no way to hurry through these stagnant periods to find out what the future holds.

The system will run its course, the lawyers will do their dances, the D.A. will push our case back to the depths of ItCanWait because of its insignificance to the community. And so I wait. Frantic, helpless, but hoping that this hearing will mean something different, that this one will possibly end my monthly torment, that something will come of it, or that they will dismiss it once and for all.

I will be steadfast and strong, but my determination to persevere does not quell the discomfort of being temporarily powerless.

I have no choices left but to wait patiently or to wait impatiently. I long to know something…anything. I cannot plan for my future. I do not understand the system’s structure and processes. I cannot find peace. The most I can do to get through this is to keep my mind off of it, but that feels like an injustice to my husband. I am still compelled to protect him, to put his importance ahead of my own. But I cannot protect him any longer. I do not know where he is or what he is doing or who he has replaced me with. I cannot determine whether he misses me or wants me dead. I do not know if he will ever speak to me again, and it kills me.

I am incapable of controlling this aspect of my life. I wear the weight from day-to-day and fight insomnia at night. I wait…constantly battling inside. I suffer…but I survive.

Ever since I told the girls about my pregnancy, Terra has made it clear that she is hoping for a baby sister. I wondered why she would be so adamant about having another sister when she battles constantly with the one she’s got. I figured that a 3 year old would see all same-sexed siblings in the same light; that maybe having a brother would mean no fighting, but Terra was thinking far beyond my reasoning. After weeks of hearing her say that she doesn’t want a brother, and weeks of responding with my narrow-minded explanations of how we cannot choose what I’m having, and how we will love the baby regardless, I finally decided to ask the question I should’ve asked in the beginning.

“Why do you not want a baby brother?” I honestly expected a self-centered answer which would have nothing to do with the baby’s sex; like that she didn’t want to share my breasts or stop sleeping in my bed or no longer be my baby.

Instead, I was shocked by an entirely different candid response which seemed well beyond the capacity of my preschooler.

“When he grows up he will be like Daddy,” she said, giving me that recoiled look she always gives me when she talks about her father, usually in a negative light. “He will be mean. He will make me sad.” I was heartbroken. I sucked my tongue to fight back tears, and took a moment to collect myself before consoling her.

Listening to her reasoning was difficult, but I didn’t want to keep her from expressing her concerns. I reassured her that I understood her fears of a baby brother; that since he’d be a male, like Daddy, she figured that he’d be more likely to behave like her father. I told her that although the baby might be a boy, we would give him lots of love and show him how wonderful life, family, and women could be. I told her that we wouldn’t hurt him, and that we would teach him how to treat us respectfully. I let her know how much I would work toward helping the baby become a really nice man someday, who would have a really loving family, a man who would never have to be separated from his family for breaking the rules on anger.

The Rules of Anger are simple, when you’re angry:

I decided to take them to counseling a few weeks after The Big Incident, time I’d spent beating around the bush with, “We’ll talk about it soon,” and “He still loves you, but he made a bad choice and had to leave.” Their counselor framed my husband’s absence in this comfortable-to-repeat, age-appropriate manner; “Daddy broke the rules of anger and he cannot live with us any longer.” They adjusted to play-therapy surprisingly well; by the end of our first session I learned that they both knew much more than I hoped they’d known about the turmoil in our home prior to their father’s abrupt overnight departure.

I’d tried to keep the arguments out of their earshot, the pain from showing on my face, my disdain and resentment from interfering with the illusion of respect and contentment. Still, they knew. It was better though, even though it hurt, to be able to talk about how certain things that Daddy did had made us feel, without that looming guilt of betrayal or threat of punishment. Our initial visits were the hardest, but the issues needed to be addressed, and now we are able to talk comfortably about their father outside of the counselor’s office.

It will continue to be a process. There’s no child support yet, no set visitation, no conclusion to the court cases revolving around The Big Incident, no certainty of what will happen with their ability to see him in the future. I do not want to strip them of a vital relationship, but I do want to protect them from possible harm. It has been difficult. The girls are young but so aware of things I hadn’t told them. I’m happy with the fact that they will grow up knowing that we can be open about things from now on; even things painful to discuss.